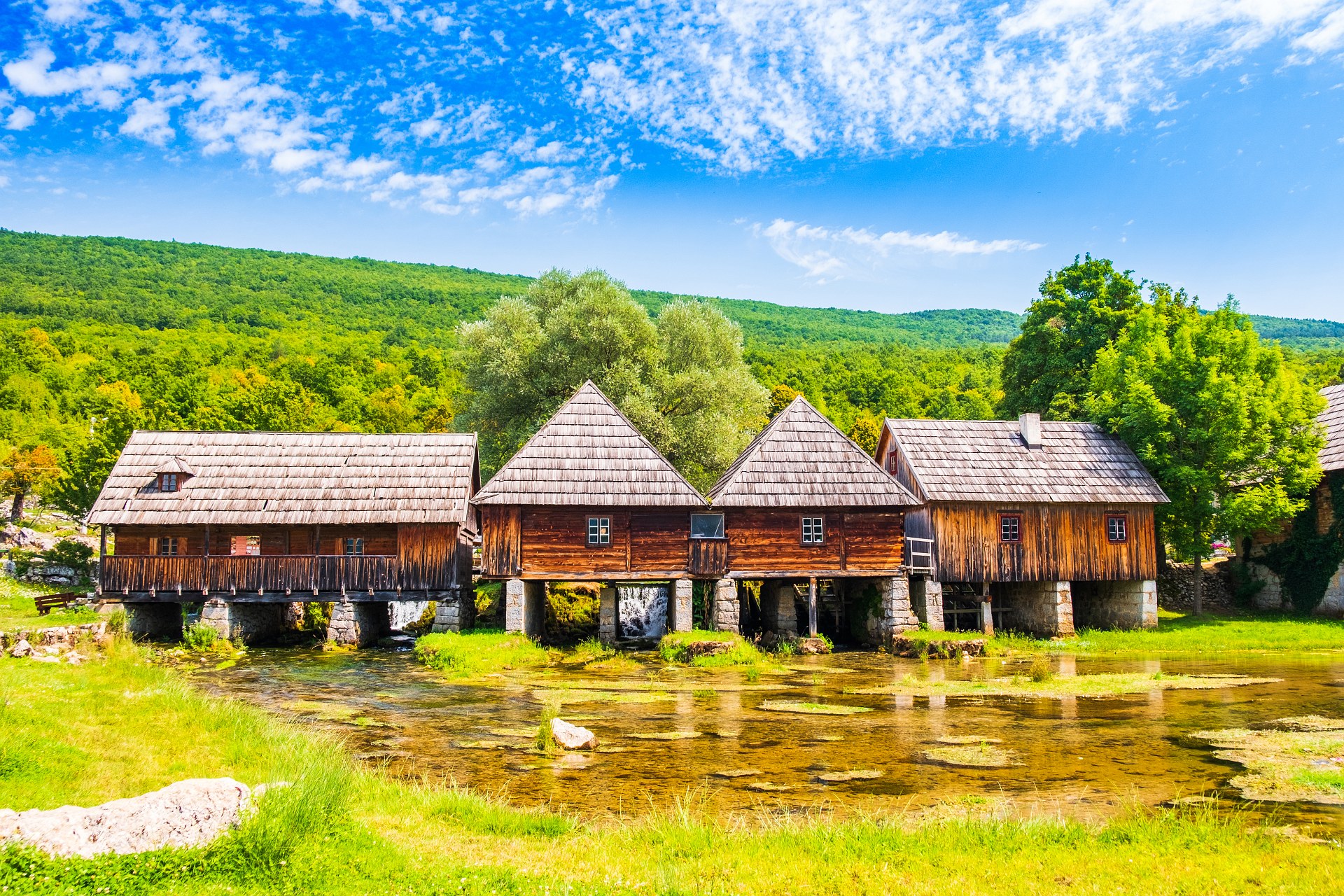 The Border fortress on river Gacka

This border fortress in Otočac lies by the Gacka River. The part of the fortress where the captain and most of his men reside is surrounded by walls and several towers. There also stands the church of Saint Mary, as well as the Chapel of Saints Fabian and Sebastian. The rest of the unit and most inhabitants live outside the fortress, in clay-covered houses built on thick poles amid water. These houses are so beautifully arranged that they seem to form a town with streets and lanes, which boats can pass through with ease. Houses are, however, not lined next to each other, but stand detached from one another, so that one needs a boat to get to his neighbour’s house.

Otočac (4.373 inhabitants) is the seat of the Gacka area and the seat of the township. It is one of the oldest towns inhabited by Croatian population. The first written records of the town date back to the end of the 11th century (1100) and the Baška Tablet, an inscribed stone tablet from the island of Krk which belongs among the earliest known monuments to Croatian literacy and culture. At that time, St. Nicholas Monastery in Otočac was affiliated with St. Lucy’s Convent in Baška on the island of Krk. However, the historians believe that Otočac dates further back in time than the 11th century with a presumption that one of the first Croatian leaders, Duke Borna, held one of his seats in Otočac at the beginning of the 9th century.

In the middle of the river Gacka.

Otočac owes its name and its survival to a river island. Up until the 18th century Otočac was situated on a small island on top of the Gacka River.

The island was surrounded by fortified walls and towers for protection, and could have been accessed by boat only. This fortress made it truly impregranble and throughout its long history the town Otočac has never been conquered by an outside force. Traces of early human habitation have been found locally. The hill forts in Umac and Vinica, and the nearby Zorišnjak near Staro Selo, testify to the settlements dating back to the Iapodic time. These hill forts are yet to be subjected to detailed archaeological study.

The oldest preserved deed of donation regarding Otočac dates back to 1300, whereby King Charles II of Naples donated land and the town of Otočac to Doimus II, the Prince of Krk. The princes of Krk, later called the Frankopans, had the town fully fortified, built churches and encouraged the rise of culture and literacy. Throughout their almost three-centuries-long reign over these lands, the princes Doimus II, Frederick III, Sigismund and Martin Frankopan have all at one point resided in Otočac. It was under Sigismund that Otočac saw a period of prosperity. On the 5th of March 1460, Pope Pius II founded the Otočac diocese and upgraded the collegiate church of St. Nicholas into a cathedral, with Otočac granted the civitas status by a Papal Charter. 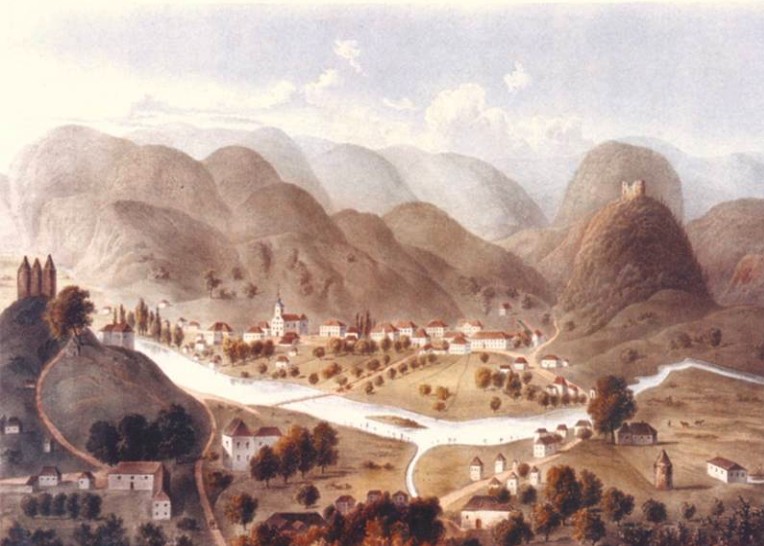 Thanks to The Empress Maria Theresa the town was made into a trading station in 1746. The so-called trivial school was set up in Otočac as early as 1727.


In 1619, the Military Frontier administration erected a fortress above Otočac called Fortica named after the hill which it was built upon, thereby thwarting the Ottoman attempts to conquer Otočac and preventing their incursions to the coast and the town of Senj. Otočac began to develop outside the city walls in the middle of the 18th century after the Ottoman threat had finally subsided and Otočac became the regimental headquarters. Thanks to the Habsburg Empress Maria Theresa the town was made into a trading station in 1746.
The so-called trivial school (a form of secondary education) was set up in Otočac as early as 1727, and since 1782, there has been a secondary school there. In 1870, the boy’s school was transformed to a state public school. In 1844, the Croatian army general Nikola Maštrović set up a theatre in the town's centre, with performance held both in German and Croatian languages. Founded in 1873, the public library, still in operation today, was supported by the great Croatian benefactor Josip Juraj Strossmayer, the bishop of the Đakovo and Srijem diocese.

FORTICA - THE STORY OF THE FORTRESS

Fortica, a fortress in Otočac, is a true rarity for it is one of the only two remaining of it's kind (regular triangular forts) in Croatia, while there are only several of them left in all of Europe. Fifteen Stations of "The Way of the Cross", placed on the slope of the hill, are a contribution not only to the religious content of the town, but also represent a distinctive artistic experience to each and every visitor.
The sculptural Calvary of Otočac begins at the foot of Fortica with the Most Holy Trinity piece. It continues with fifteen stone steles which are placed from the foot of Fortica to the Chapel of Our Lady of Sorrows, located almost at the top of the hill, enriching the existing view of the area and returning an already somewhat forgotten memory of the Calvary, the other name of the hill used by the Christian faithful.
The Fortica fortress was built in 1619 by the people of Senj with help of the local population, thus fortifying the town of Otočac, not only to protect the Valley of Gacka, but also to protect themselves and the city of Senj from the Ottoman incursions to the littoral. The fortress consisted of three towers, the biggest on the east side and two smaller ones on the west side, interconnected by walls 1.80 – 2 m thick. It was built in haste with usage of smaller stones, as there was no time or funds to carve out or ship the solid stone blocks to the location.
The inside of the courtyard was very narrow and had also included water reservoires. Fortica was used as a permanent residence for soldiers, storage for ammunition and gunpowder and as a storage for food with kitchens and dormitories.

Archaeological research discovered the walls of each of these towers and interconnecting walls, but it also discovered the entrance door threshold. Fortica’s entrance was on the south side of the fort, facing the town of Otočac. The entrance door was high above the ground, so in the time of its construction, Fortica could have only been entered by using a ladder, while some time later, a porch with stairs had been added to the fortress. During the time of its military use, the Fortica's hill was stark for defence purposes, having all of the trees removed from the hill. Fortica’s first commander was Andrija Kolaković. Fortica was abandoned in the second half of the 19th century when Otočac started to systematically develop as an urban environment. All important military buildings of the Otočac regiment were located beneath Fortica. The fortress began to lose its significance at the start of the 19th century, as can be seen from the fact that it was adapted into a gunpowder magazine in 1804. In 1882, the roof of the widest tower had been lifted by a gust of strong wind which had caused the roof to fall to the ground, so not only had the neglect but also the weather had contributed to the fort's deterioration.
At the start of the 20 century, Fortica was being afforested. Pharmacist Častek ordered Czech pine trees to be planted on the hill’s private property. The new forest was growing nice and well up until the Second World War.
In 1941, the Italians that came to Otočac had ordered the trees to be cut down and placed their battery there instead. An interesting fact to mention is that the fortress Fortica, in its restored and preserved state, is now the only renaissance piece of architecture remaining in the city of Otočac. 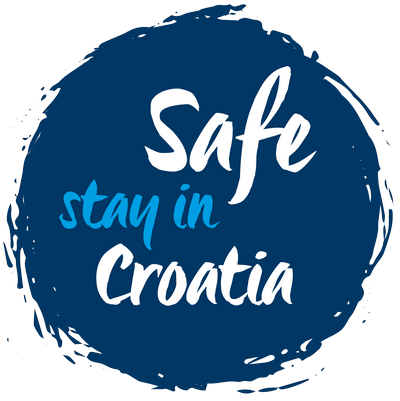 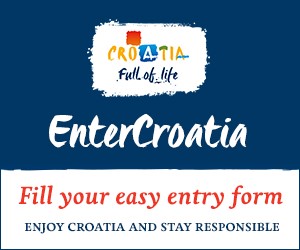